Member of The Yukon Bar 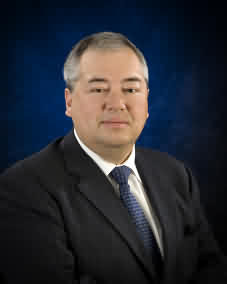 Philip Riddell was called to the Bar in British Columbia in 1989. He was appointed as Queen's Counsel in 2018.

For the last 30 years he has engaged in the practice of law, and in the early part of his career he dealt with civil litigation, family law and criminal law matters. In 1993 he accepted a position with Westminster Community Legal Services Society and acted as a public defender for approximately 2 ½ years. In 1995 he returned to private practice as a sole practitioner in the Lower Mainland.

For the past 2 decades his practice has been restricted to the practice of criminal law. This practice has involved principally the defence of individuals charged with criminal and regulatory offences. The range of cases defended range from murder, sexual assault, possession and trafficking of controlled substances, weapons offences, and all variety of driving offences including defences in fatalities and serious injury. Phil believes that there are unintended consequences which can arise from being charged with criminal offences. This has led him to be involved in administrative law cases including taking judicial reviews against decisions of the Superintendent of Motor Vehicles and as against other administrative bodies. He has also been involved in dealing with professional regulators for clients who have been charged with criminal offences.

He serves as a director of The Legal Services Society of BC (Legal Aid BC) as of July 2021. He had previously served as a director in 2017-18.

Phil has also served the legal community in a variety of other ways including being elected by the lawyers of Westminster County to the Provincial Council of the B.C. Branch of the Canadian Bar Association, serving on the Advisory Committee to Judicial Council and the President of the New Westminster Bar Association.

Phil has been involved in a number of community based volunteer activities including a 10 year involvement with a local community center sitting on the Board and also acting as the board solicitor, volunteering for minor sports, and engaging in various pro bono programs through the years.